Three people were killed and five injured when an eight-lane suspension bridge in northeast China collapsed early on Friday, only nine months after it opened, state media said. 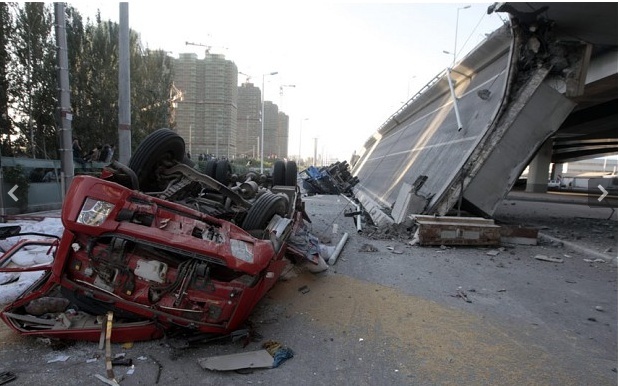 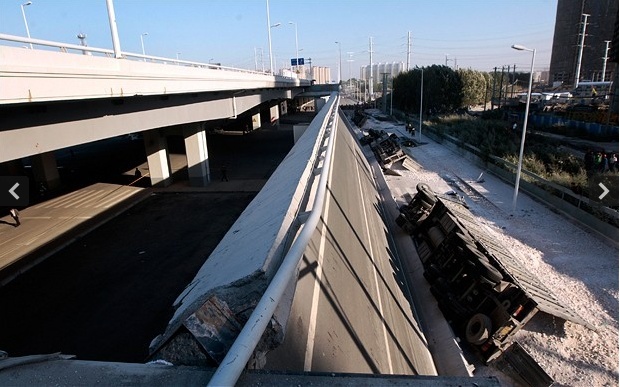 A 320-foot section broke off when four heavy trucks drove onto the bridge, plunging them to the ground and crushing them, said a CCTV news reporter at the scene. The bridge was designed to handle up to 9,800 vehicles per hour.

Two people were killed on the spot, a third died later, and five remain in hospital for treatment, the report said, adding that authorities were investigating the cause of the accident.

The official Xinhua news agency said at least six major bridges had collapsed across the country since July last year, and that shoddy construction and overloading were to blame.

China has rapidly expanded its road and rail infrastructure over the past decade as its economy has boomed, but critics say that safety has sometimes been overlooked in the rush to develop.

At least 40 people were killed when two high-speed trains collided near the eastern city of Wenzhou in July last year, and another train collision in the northeastern province of Heilongjiang on Thursday left at least 24 people injured.

Authorities in Harbin were not immediately available for comment on Friday's accident, which came after two people died last week when a road in the same city caved in, leaving a hole 10 meters wide and 10 meters deep.
Source: agencies
http://www.telegraph.co.uk/news/worldnews/asia/china/9496184/Three-killed-as-suspension-bridge-collapses-in-China.html