» Market likely to begin its downward trend soon!
by MarketWch Today at 4:54 pm

Sirisena said he appealed to Prime Minister Lee Hsien Loong in January to return Mahendran, who is believed to be in Singapore, but claimed nothing had been done.

Mahendran, a Singapore national of Sri Lankan origin, was accused in 2015 of passing sensitive information to his bond-dealer son-in-law to make millions.

The pair are accused of manipulating bond auctions in 2015 and 2016, causing losses of over $11 million to the state.


A spokesperson for Singapore's Ministry of Foreign Affairs said authorities in the city-state have been cooperating with their Sri Lankan counterparts on the case since January.

However, Sri Lanka's request to return Mahendran "lacked certain information required under Singapore’s extradition laws" and the city-state has requested Colombo to provide them, the spokesperson told AFP.

"To date, Singapore has not yet received the requested supporting information and documents," the spokesperson said.

"We look forward to receiving the requested information from Sri Lanka, so that we can consider the request further in accordance with our laws."

Singapore can extradite fugitives to declared Commonwealth countries, which include Sri Lanka.

In February last year, Mahendran was named a key suspect in the multi-million dollar bond scam in Sri Lanka. He fled abroad, failing to appear in court to respond to charges.

A damning presidential report into the scandal accused Mahendran of insider trading and recommended the state recover its losses from Mahendran and his son-in-law.

Sri Lanka's central bank also launched a forensic audit to ascertain the extent of insider trading during Mahendran's tenure at the bank.

The fallout deepened acrimony between Sirisena and his coalition partner Prime Minister Ranil Wickremesinghe, who handpicked Mahendran to head the central bank in 2015.

The pair's strained relationship collapsed entirely in late 2018, when Sirisena sacked Wickremesinghe, plunging the country into political chaos as both men competed for power.

Wickremesinghe was reappointed after months of limbo when the Supreme Court intervened and ruled that Sirisena had acted outside the constitution by dismissing the prime minister and parliament.

What a joke of judiciary in Srilanka..

Singapore knows well about Srilanka and its political games.

@Yahapalanaya wrote:Arjun Mahendran could get no arrest order from Srilankan courts like Gota,karanagoda,Basil...etc

What a joke of judiciary in Srilanka..

Singapore knows well about Srilanka and its political games.

Underworld kingpin now in custody in Dubai, becomes the latest fundamental rights petitioner to urge the Supreme Court to prevent his arrest by the police in Sri Lanka
17 March, 2019 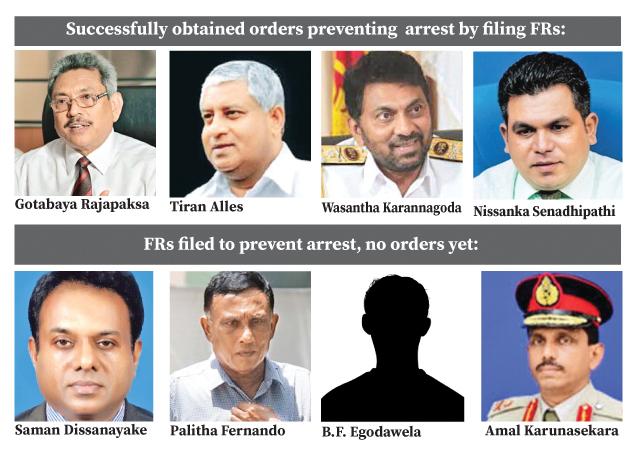 In a shocking move last week, notorious criminal Samarasinghe Arachchilage Madush Lakshitha, infamously known as Makandure Madush became the latest high profile suspect to file a fundamental rights petition in the hope of preventing his possible arrest by local law enforcement agencies.
Over the past four years, a string of such petitions have been filed in the Supreme Court, by persons of repute implicated in criminal investigations, asking the apex court to prevent their arrests, the move now appears to have become a common practice. 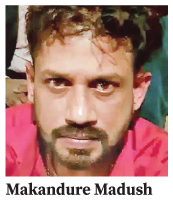