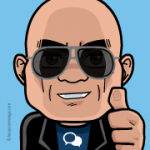 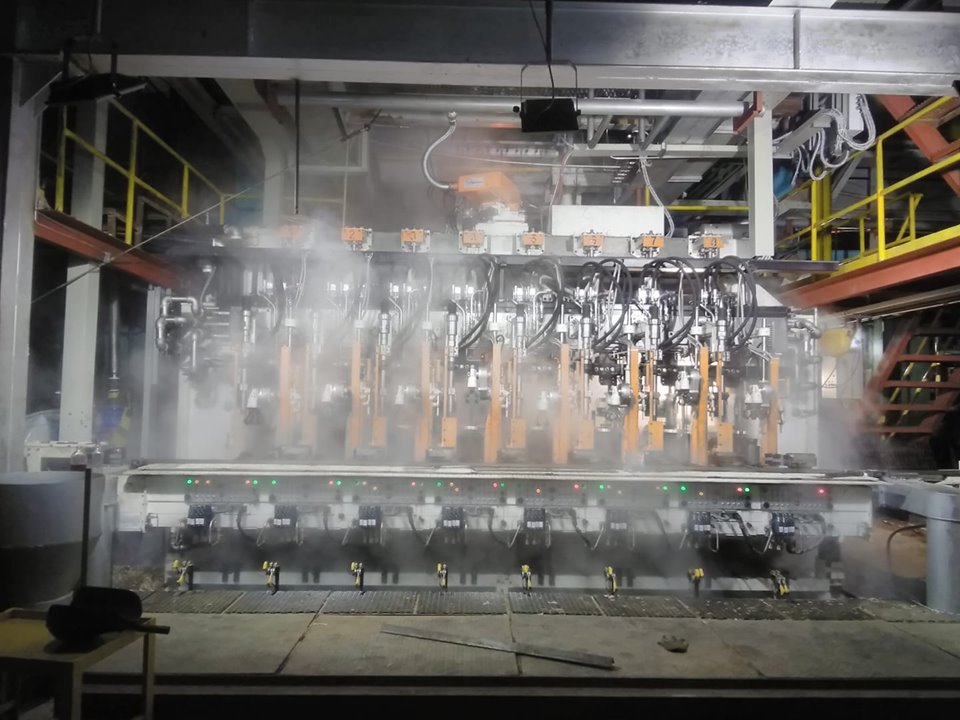 "The management is confident that with the enhanced infrastructure that Piramal Ceylon would be able to enter niche markets segments with improved realisations & better margins. Presently company is exporting to USA, Canada, New Zealand, Australia, India, Pakistan, Myanmar & several other markets," the firm said. (Colombo/Aug05/2019)


"However we are confident that this Financial year end would see the highest ever production.." the firm told shareholders in a statement. 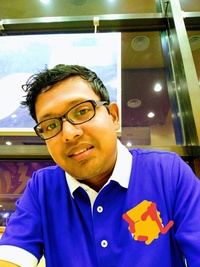 Posts : 33
Equity Stars : 380
Reputation : 2
Join date : 2019-03-23
CEA to ban PET bottles under one litre
The Central Environment Authority (CEA) is to ban the sale of carbonated drinks and fruit juices in PET (PolyEthylene Tetraphthalate ) bottles below 1 litre, to control the plastic menace in the country.
CEA Waste Management Director, J.M.U. Indraratne said that, instead, the Beverage industry will be encouraged to sell drinks in glass bottles. However, the industry could use PET bottles of 1 litre or more, for their beverages. Water will be exempted from the law.
He said this would minimise environmental problems caused by plastics. It is also intended to curb haphazard disposal of and burning plastic bottles, causing health hazards, together with economic and social problems.
The CEA, at the end of the 2016 Siripada season, collected 5.5 tons of PET bottles and 830 kg of plastic waste.
In a Polythene/Plastic and Electronic Waste Prevention Week in October last year, involving all Districts, the CEA collected 71.59 tons of plastic/polythene and 440.38 tons of e-waste, with Colombo contributing the highest of 222,738 kg of e-waste and 9,225 kg of plastic/polythene, while Mullaitivu contributed 845 kg of e-waste and 165 kg of plastic/polythene.
Mr Indraratne said that plastics was losing its value in the world market. He said 1 kg of recyclable plastic earlier fetched up to Rs 46 per kg but now, it has come down to Rs 6 per kg. Consequently, many people who collected and sold used plastic bottles, have abandoned the trade.
The CEA says the use of glass bottles, while greatly reducing the amount of discarded bottles, will also have a recycle value.
Additionally, the CEA will also ban the import of recycled raw material and the sale of lunch sheets below 40 microns, in the local market.
At a CEA Expert Committee meeting in November 2016, officials from the CAA, Ministry of Health, university Researchers and industrialists related to plastic manufacture discussed a future action plan for a national policy to manage plastic, by initially doing away with lunch sheets, and then increasing the thickness of shopping bags to 40 microns.
Mr Indraratne said a Cabinet paper will be submitted for approval, soon.
Advisory Committee Chairman, Anton Hemantha said that, “However, the Packaging industries were not consulted in the decision making. He opined that, banning PET bottles below 1 litre capacity, will be disastrous for the Beverage market.
He said PET bottles are very handy with soft drinks and yoghurt packaged in economic PET bottles. Moreover, thousands of tourists visiting the country opt for the PET bottled drinks. “We need economical plastic bottles,” he said.
“We need lunch sheets to wrap takeaway food and shopping bags over 40 microns will be costly. Supermarkets will pass the buck to the customer,” he said.
To produce high density polyethylene for shopping bags, more raw material has to be imported with extra money spent on it. Currently, 1,400 metric tonnes of raw material is imported. Again the disposal of the thicker gauge will prove even more difficult.
Mr Hemantha conceded that, while the world is going in one direction, producing thinner gauge plastic, Sri Lanka is taking a u-turn.
“The way the CEA is going it is not going to work. The only solution is re-cycling. Collect and add value to the plastic waste.”
A PET bottle manufacturing company for leading brands of carbonated drinks and fruit juices said the ban on economy sized PET bottles will have an adverse impact on the economy.
They said the economy bottles are for third world countries, whose people cannot afford the big bottle. The Packaging industry will support the government, if it comes forward with a proper mechanism for the disposal of plastics. It was argued that, substituting glass bottles will only create additional weight, cumbersome handling and increased transport cost. 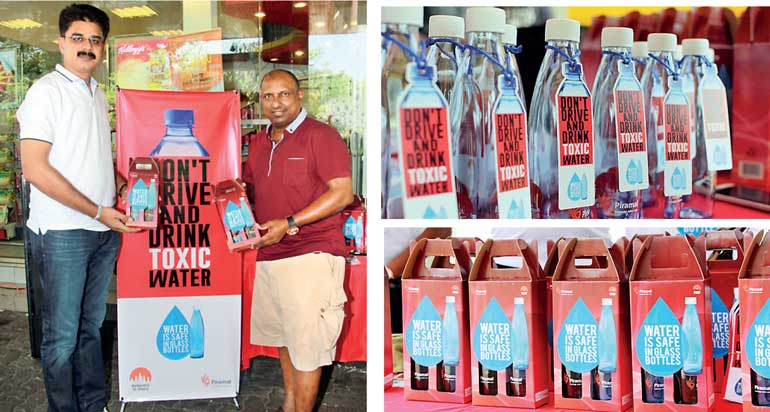 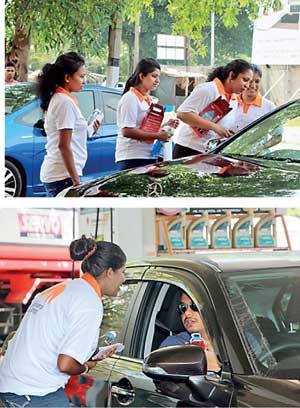 in vehicles. This was conducted in selected IOC petrol stations recently.

The campaign ‘Don’t drive and drink toxic water’ called out to people not to carry water or store water in plastic for long, as plastic in the bottles leaches chemicals into the water thus poisoning it.

Piramal Glass Ceylon PLC MD Sanjay Tiwari explained further that as per various global research, mineral water, if stored in plastic bottles, has 27% higher bromates than WHO standards (four mg in one litre is the maximum limit) and also more chlorites and chlorates. Another research revealed the presence of harmful elements such as antimony, lead and cadmium in liquids stored in plastic.

When exposed to over 40 degrees Celsius of heat, plastic bottles can leach chemicals such as Bisphenol A (BPA) and Diethylhexyl phthalate (DEHP) into your water, thus making it toxic, whereas glass provides a protective shield against such chemicals. These toxic chemicals may cause a negative effect on your immune system, hormonal imbalance, baldness, asthma in children, diabetes, hypertension, pancreatic malfunction, liver and kidney problems and even cancer.

New research shows that BPA negatively affects the chances of conceiving and results in a higher risk of miscarriages. Antimony leads to heart muscle damage, cadmium causes respiratory tract infections and DEHP has already been banned in many countries.

All this data means that one should always store water in glass.

The ‘Believers in Glass’ movement elaborated further on the benefits of using glass. Glass is made from natural raw materials which

is advantageous to our health since the glass has an outstanding barrier that fights and protects against outside influences. Glass is also nonporous and impermeable.

Glass has the capability to withstand extreme heat and cold, this enables glass to prevent any reaction with the contents it holds, while maintaining its freshness and durability. It also helps to maintain the aroma, flavour and freshness of food and does not negatively affect its contents in any way. It is perfect for the long term preservation of food in its original state.

Besides personal health, there are also environmental reasons to use glass as against other forms of packaging.

Plastic bottles end up threatening our wildlife and harming the environment, thus making our world a less beautiful place. Glass on the other hand is 100% recyclable which in turn makes it environment-friendly.

A used glass bottle can always be recycled into a new one, because glass is 100% recyclable. Every ton of glass that is recycled saves more than a ton of the raw materials needed to create new glass. This proves that glass is very respectful of our environment, reducing landfills and saves energy.

The above launch is in continuation of the movement ‘Believers in Glass,’ which was launched recently, to create awareness and educate the public to use the right form of packaging.

Piramal Glass Ceylon, as part of their corporate social responsibility are involved in several activities. One of the major activities is that they collect waste glass from independent waste collectors around the entire Island and recycling them. This helps to save energy and natural resources of the country, apart from generating income for many individuals.

Piramal Glass Ceylon has established glass collection centres at all major divisional secretariats which enables households and corporates to dispose of the waste glass.

To support the above initiative Piramal Glass Ceylon has taken lead to form an association for waste recycling, the Sri Lanka Recyclers’ Association.

In continuation of their commitment to society and the environment, Piramal Glass Ceylon has supported the ‘Believers in Glass’ movement and have started their journey of transformation, by not only educating but giving alternate solutions. This launch is just the beginning.