» Companies which HOLD regular Dividend
by High-flyer Yesterday at 8:07 pm


Association new Chairman Bhathiya Bulumulla on Friday called for sustainable solutions for the industry’s pressing problems including wage hike negotiations.
“We face a very challenging future. Over the short-term our most pressing concerns are on the impending salary revision of the plantation workers early next year and with regard to the temporary ban imposed on oil palm cultivation,” Bulumulla told the Planters Association Annual General Meeting.

“These are some of the problems we are to solve immediately if we are to have a reasonable chance of addressing longstanding structural issues. Such urgent issues can only be sustainably resolved if all stakeholders put aside their differences and work in collaboration for the betterment of the entire industry,” the new Planters’ chief emphasised.

In that context, Bulumulla unequivocally stressed that it is long past time that the industry implemented a sustainable wage model if it were to take this prestigious 150-year-old industry towards a brighter future.

“By sustainability we mean nothing less than a radical shift in the way that wages are paid in order to provide significantly stronger incentives and create an entrepreneurial mindset among workers. Such an alternative model must be linked to productivity in a similar manner to what has been implemented and operating in the smallholders for decades,” he said.
“My vision is that we start working towards an alternative wage model that will benefit the plantation workers and sustain our industry for generations to come. In this mission, we require everyone’s support,” the Planters’ Chairman said.

He said the Association will be working very closely with the new Government and the related ministers to obtain best support to resolve the above issues and also to develop a new vision for the future plantation industry.
According to Bulumulla, climate change is another major concern for the industry and the nation hence it was vital to seek out solutions to mitigate these challenges.

He also said the out-migration of youth from the plantations to urban areas also continues to cause acute shortages of workers. “To meet this issue, we must think differently and focus on enhancing how our industry performs and how it is perceived. The introduction of new technology will be essential this endeavour, enabling us to overcome longstanding barriers in order to achieve maximum productivity from our Asset base – Land,” the Planters’ Chief said.

Focusing on technology, he said it has advanced to the level where massive volumes of data can be rapidly analysed in order to improve the quality and speed of decision making. “In future, we will not be able to wait till the end of the month to see whether a company or estate is able to run at a profit or not.

“However, by capturing and analysing vital information on performance parameters basis we will be able to identify and respond to issues as they happen. Such capabilities will ultimately make our organisations more agile, resilient, and better able to navigate an often constrained, and increasingly competitive global market,” he said.

In that context he said a few examples of these kinds of technology have already been implemented in Elpitiya Plantations PLC which has pioneered to do away from the 150-year-old Kangany’s chit by introducing digital devices to the field staff to capture the data at divisional level in the Morning Muster and at various work places.

Plantation stocks have a significant growth potential by looking at the global demand outlook due to supply disruptions in key countries that supply tea and growing perception as about Tea being an immunity booster.

Many European country have increased order volumes by about 40% cf. last year from Sri Lanka. 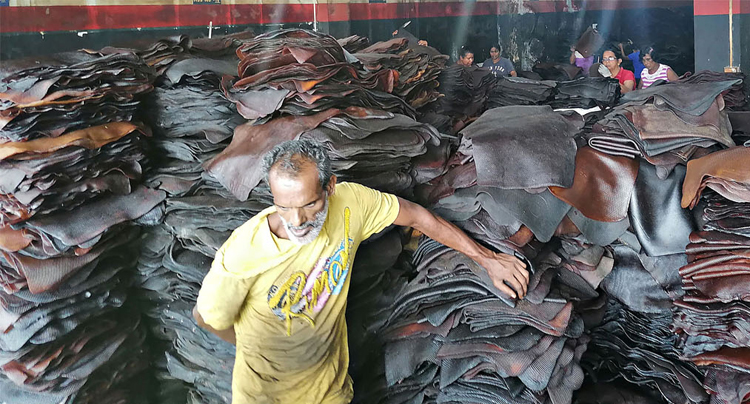 Company says September rubber purchases alone will generate revenue of Rs 150 million for producers
Increased production to meet local demand has enabled CEAT Kelani Holdings to increase its monthly purchases of natural rubber in the domestic market by as much as 35 per cent by September, the country’s leading tyre manufacturer has disclosed.
The Company, which sources all of its natural rubber requirements locally, said its purchases in September 2020 alone would reach 500 tonnes (500,000kgs), generating Rs 150 million in revenue for Sri Lankan producers in areas such as Kegalle, Kalutara, Ratnapura and Monaragala.
In the pre-pandemic months of December 2019 to February 2020, CEAT Kelani’s purchases of rubber averaged 366 tonnes a month, generating average monthly revenue of Rs 107 million for local suppliers, the Company said.
“One of the major reasons for CEAT Kelani’s existence in Sri Lanka is the availability of natural rubber, and we have always been focussed on maximising local value addition,” the Company’s Managing Director Mr Ravi Dadlani observed. “With our ramping up of production in response to the temporary import restrictions imposed by the government, our contribution to local natural rubber producers has increased sharply, by as much as 40 per cent in value terms in just seven months.”
Increased production of truck, bus, radial and two-wheeler tyres by CEAT, while supporting the government’s efforts to conserve foreign exchange through import substitution, would also help local industry achieve the ‘V’ shaped post-pandemic recovery that is expected of it, Mr Dadlani said.
CEAT Kelani engages with a base of nearly 30 dealers for the purchase of natural RSS rubber and interacts with them on daily basis. Besides daily procurement transactions, the Company imparts knowhow to the dealers to help them improve the quality of RSS grades. “We periodically audit dealers’ operations and help them maintain high quality standards,” Mr Dadlani added. “As a result many of our dealers are now recognised as “CEAT approved NR dealers.” This recognition not only helps them to be consistent suppliers to CEAT Kelani, it also helps them to establish themselves as quality suppliers of RSS grades to rest of the local industry.”
CEAT’s ramping up of production of truck and bus tyres since the start of the pandemic-linked lockdown has resulted in the Company now producing 100 per cent of the segment’s requirements and enabled the government to make a saving of Rs 11 billion a year in foreign exchange. The Company has also achieved an 85 per cent increase in the production of tyres for the ‘two-wheeler’ segment over the past three months; enabling a further saving of Rs 350 million a year through import substitution.
CEAT Kelani can currently produce two million tyres annually across multiple categories, and an addition of a further 200,000 Car and Van Radial tyres is imminent with new machinery being installed, pending the arrival of foreign technologists to commission the additional capacity.
Notably, CEAT Kelani Holdings has kept the prices of its tyres unchanged since December 2019 to support customers and the economy, despite the additional investments made in increasing capacity and an increase in market prices due to demand.
CEAT Kelani Holdings is considered one of the most successful India – Sri Lanka joint ventures in the manufacturing sector. The joint venture’s cumulative investment in Sri Lanka to date totals Rs 8 billion, inclusive of Rs 3 billion committed in January 2018 for expansion of volumes, technology upgrades and new product development. The company’s manufacturing operations in Sri Lanka encompass pneumatic tyres in the radial (passenger cars, vans and SUVs), commercial (Bias-ply and radial), motorcycle, three-wheeler and agricultural vehicle segments.

Photo caption: The warehouse of a natural rubber supplier to CEAT (above) and CEAT Kelani representatives conducting training for rubber suppliers (below).

Re: Plantation will start run soon